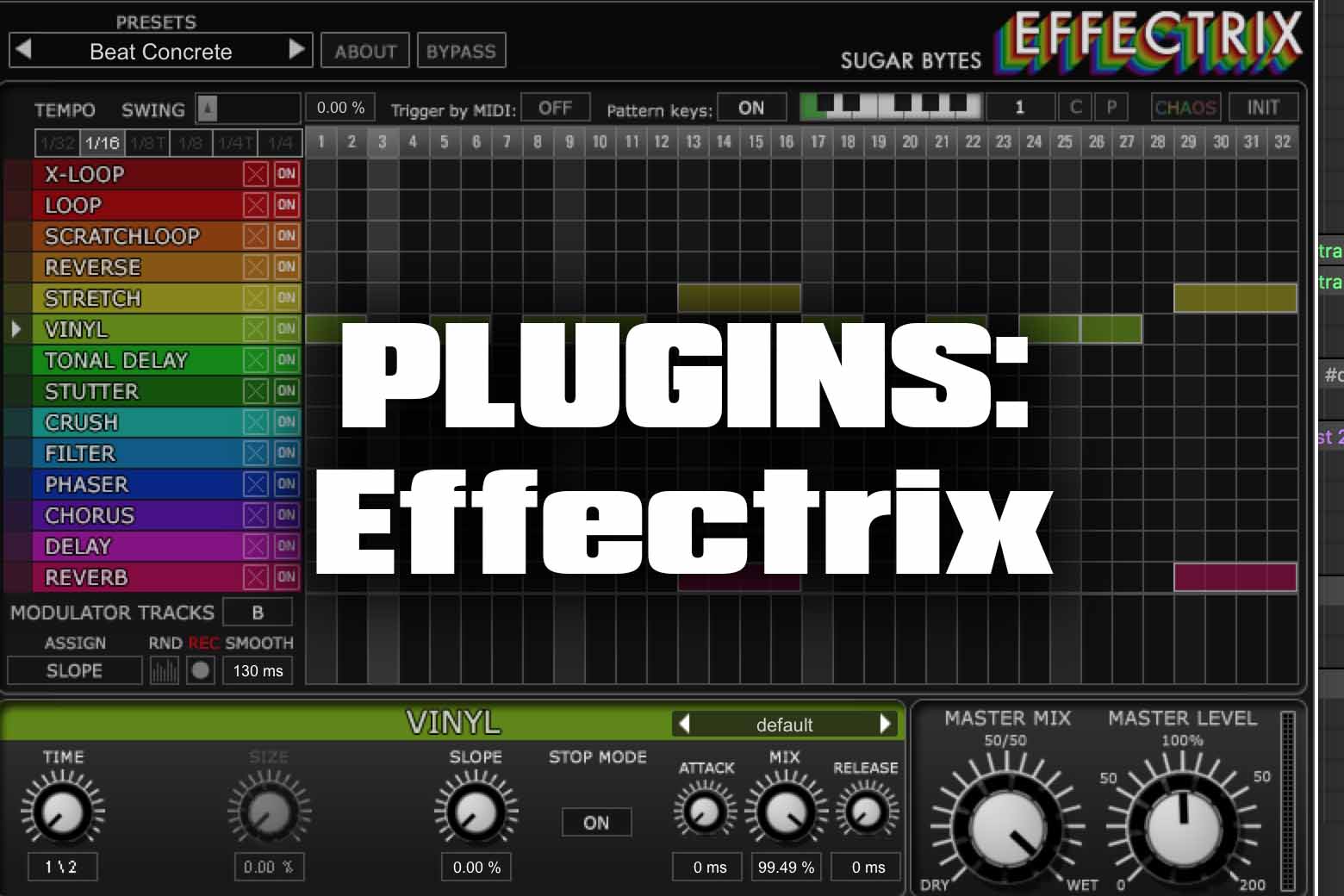 The saying goes ‘If it ain’t broke, don’t fix it!’

For a long time, I have adopted this approach with the world of plug-ins, occasionally trying out new VST’s but usually ending up going back to the tried-and-tested.

But once in a while, one comes along that's hard to ignore. This is, of course, very dependant on the genre of music being made -  specifically, pop/hip-hop/electronic songs heard on commercial outlets, such as Radio 1, Capital Xtra, amongst others. In certain producer communities/circles, the praise about this particular VST is unmissable! It’s name? Effectrix.

Prior to using it -  I had to use Automation heavily to recreate what it does, even sometimes having to leave the DAW I'm working in, to switch to another to temporarily use specific-DAW plugins for sound design (Grossbeat, which ONLY comes as part of FL Studio) which can sometimes distract from the main focus of making music

The concept can be described as an ‘effects sequencer’. Most VSTs provide a single effect which stays ‘on’ throughout an entire track or channel (if automation is not being used) Effectrix allows you to control up to fourteen different effects and choose when they are in use across a 32-step sequencer.

Setting when a chosen effect is “heard” simply consists of ’painting’ blocks onto the sequencer grid/effect channel, as you would do with the “brush” or “paint” tool in your chosen DAW, as seen in the screen grab - using it on an instance of Hi hats, to create a ‘vinyl-slowdown’ & stretch, with a reverb coming in occasionally - all simultaneously. The length of effects can be as short as one bar, or as long as eight bars. It’s a pretty intuitive way of working, once you get used to it!

The GUI (graphical user interface) is the first thing that strikes you, as it is very easy to understand once you start tinkering with the controls. The sequencer layout looks reassuringly familiar, while the positioning of the parameter controls are straightforward. The ‘rainbow’-style colour palette is visually interesting, especially when compared to how most high-end VST’s look.

Overall, Effectrix offers 14 effects: X-loop, loop, scratch loop, reverse, stretch, vinyl, tonal delay, stutter, crush, filter, phaser, chorus, delay, and reverb. Most are well-known, but some are slightly more leftfield. One of my favorites is the X-loop, a looping effect with the built-in ability to shift pitch and buffer size.

Having a flexible and broad variety of effects quickly becomes obvious after spending some time with it; the scope for experimentation is immense. Even dull and uninspired sounds are transformed into something interesting!

As mentioned earlier, the effects mentioned above are particularly well suited to Pop/Hip-Hop genres, I would even include EDM, Tech House & some other electronic genres that make use of glitchy/warped-type effects, the ease of use incorporating these into your production without having to mess around with automation - potentially getting the way of ‘in-the-moment’ inspiration, is a huge plus for me personally!

If you would like to learn how to produce and which plugins are right for your genre of music sign up for our music production courses. They are available online and in-person! Click here for more information.