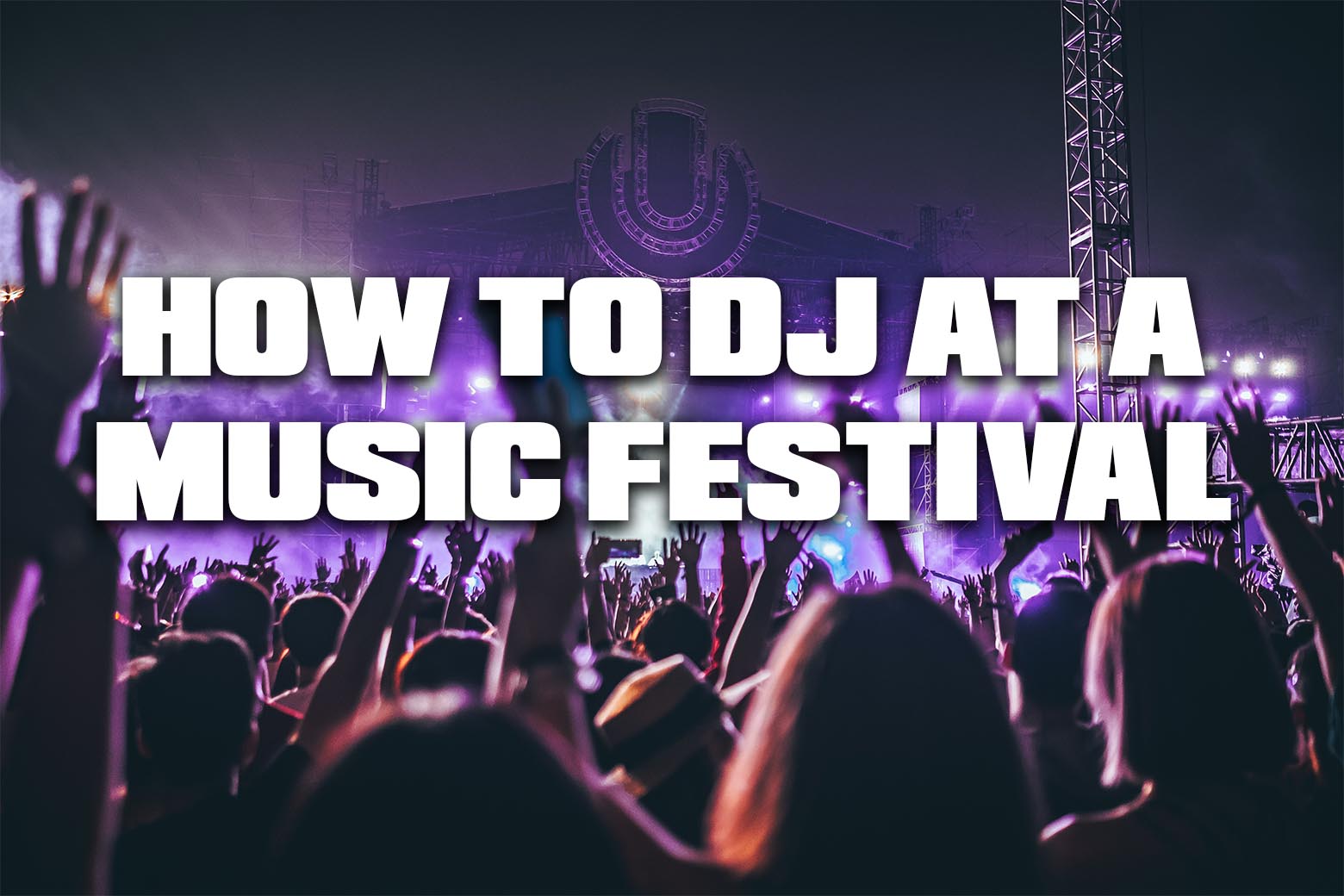 Many DJs want to know how to DJ at a music festival. The festival scene has grown enormously in the last ten years and many music fans will now visit multiple festivals during the season. To DJ at a music festival is one of the main aims of many DJs who are trying to build their DJ career. It often gives them an opportunity to play on a bigger stage to a larger audience.

Here’s how to get a DJ booking at a music festival.

Firstly, most DJs playing at music festivals are headliners. This means they have been booked to perform based on how popular their releases have been. It goes to show that primarily to DJ at a festival you have to be a DJ/producer and be releasing music that is popular. When you’re famous enough the gigs will come to you!

So how do you compete?

If you’re not a headline act yet and you still want to get these kinds of bookings you’ll need to find another route. The second most common reason a DJ has a booking at a festival is that he/she is affiliated with a record label, radio station or event brand that has been booked to run a stage or tent.

Music festivals often have many stages, arenas or tents. The biggest ones will host the headline acts that the main festival promoter has booked. These are the ones that are going to attract attention and get people to buy a ticket to attend the festival. They will also have some medium-sized spaces and some smaller ones too. Their smaller arenas are often run by sub-promoters, this will give the main festival organiser more time to focus on the big acts. It’s also useful for a festival organiser to use a sub-promoter because they can sell tickets to their particular audience.

One of the easiest ways to get on a festival line-up without being a headline act is to become a sub-promoter or work with one.

Common sub-promoters include record labels, radio stations and club nights. If you have one of these organisations you can pitch to the festival organiser to take over a tent of your own, help sell tickets and then you can choose the lineup of DJs who will perform in your tent. Obviously, for this pitch to work you will have to be suitable for the festival and have a proven track record of promoting or bringing a big audience to gigs. A festival organiser will want to book a sub-promoter who has a large mailing list, a large following online and a professional working attitude in all aspects of design, promotion and branding. They'll want to book brands that have the 'X factor', something cool or fresh that will add kudos to their festival lineup.

How to work with a sub-promoter at a festival.

If you don’t want to set up your own brand you might instead work with another sub-promoter who is running a tent. Perhaps you are a resident on a DJ radio show, why not suggest to the owner to run a tent at a festival, that way they will take on the risk for you! If you're playing a lot for a club night ask the person running it if they could pitch to festivals to run a tent. If you're releasing on a record label ask the boss to pitch to festivals on behalf of the label. Sometimes a sub-promoter will also take on a DJ who can sell tickets in order to take a slot in their tent.

Alternative Ways To Get Booked At A Music Festival.

If none of these methods works for you you can still try and contact the festivals directly and ask to play but you’ll need to grow a thick skin. You’ll be rejected 99.9% of the time. There are some DJ competitions that will get you a set at a festival so keep an eye out for those!

If you want to learn how to DJ and get on-going support and DJ gigs organised for you, including the chance to DJ at SW4 Festival click here!